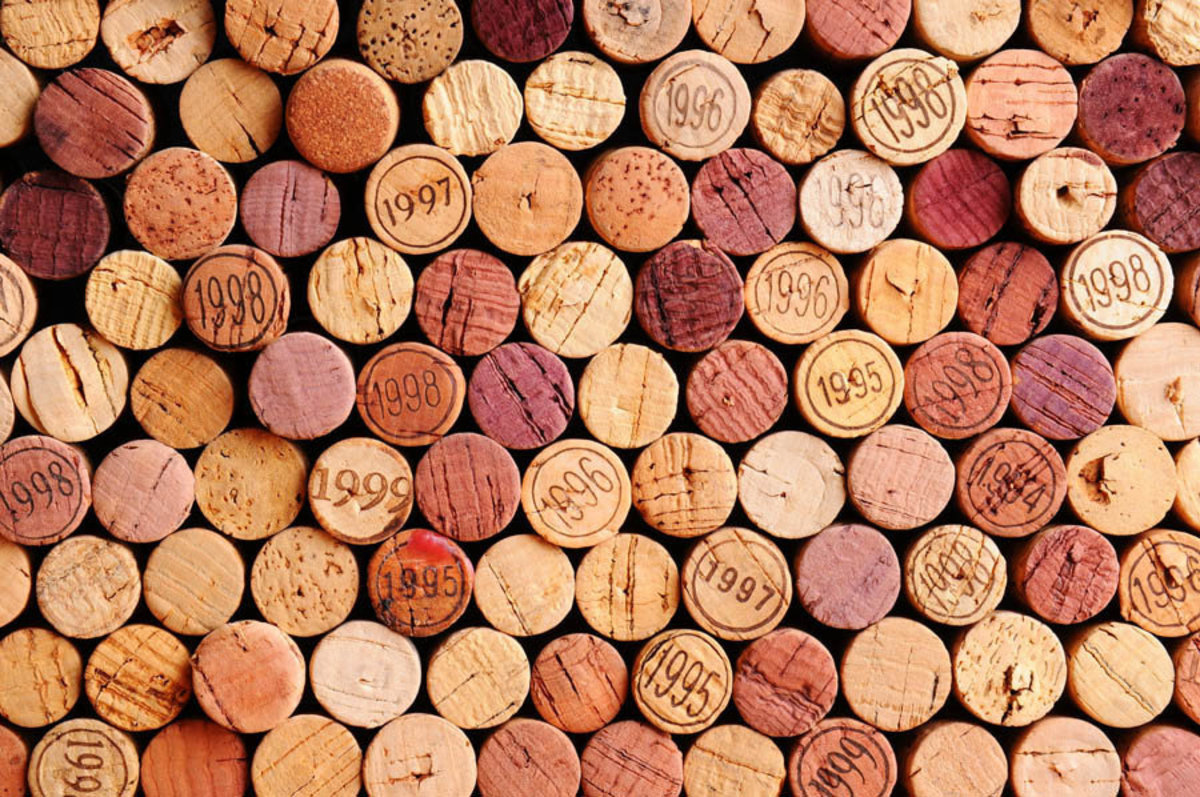 What to Know About Wine Corks

Wine corks are stoppers used in sealing wine bottles. They are products of cork, which is the bark of a cork oak, though there are cases where synthetic materials are used in making the corks. There are also other alternative closures for wine bottles including glass stoppers and screw caps. The corks are both for still wines and sparkling wines and for the sparkling wines, the cork tends to take the shape of a mushroom. This is due to the high bottling pressure. Moreover, muselet (a wire cage), is used to fasten the corks.

The History of Corks

In the past, the French Vintners never used cork stoppers. Instead, they used oil-soaked rags which they stuffed into bottle necks. The invention of the cork stoppers came about in the 1600s though the person who invented the stoppers is not well known. The cork stoppers became very common until the 21st century when cork taint was becoming a serious problem. Many producers now shifted to other alternatives and they abandoned corks. New Zealand and Australia adopted the use of screw caps by around 2010.

However, to respond to the issue of cork taint, the cork industries ventured into new equipment and techniques which helped to reduce by around 95% the TCA chemicals found in wine. The producers now began to promote the economic and environmental benefits of the cork.

The process of producing corks involves peeling away and cutting the bark of the cork oak tree into sheets. There is no cutting down of the cork oak trees and only a half of the bark is used at a given time. The harvesting begins only after the trees have attained 25 years of age and it takes place after around 9 years intervals. The quality of the bark becomes sufficient upon the third harvesting after which it could be used to produce wine corks.

The largest producers of corks are Portugal, who’s at about 52.5% and then Spain, Algeria and Italy follows. Generally, about 68% of the corks produced are meant for stoppers for wine bottles.

There are several ways of preparing corks, including:

Natural corks– These corks only require a piece of bark and are very flexible. As a result, the seal is strong and very appropriate for wines that age 5 years or more.

Colmated corks– They also require just a piece of bark though they have pores which are filled with cork dust and glue. They can be easily removed from the bottle. They are very appropriate for moderate aging.

Multi-piece corks– They consist of two or several pieces of barks which are glued together and they are very dense compared to single-piece corks. However, they are not good for long-term aging.

Agglomerated corks– They only consist of glue and cork dust and they are very dense but inexpensive. They cannot, however, seal wine for more than one year.

Technical corks– These are simply agglomerated corks having pieces of cork on one end.

These corks typically have diameters of 0.94-0.98 inches and their lengths vary depending on the estimated ageing time of the wine. Though, the common length for simple wines is 38mm, for moderate ageing wines is 44mm while that of long term ageing or rather expensive wines range between 49-55mm.

Typically, these corks have diameters of 30mm and lengths of 50mm. After inserting the corks into the bottles, the diameter is compressed by around 30-40% of the original length. These corks are also called agglomerated corks and their structure has three sections. The bottom section consists of two discs of pristine cork stacked together and then attached to the upper section which composes of a mixture of glue and ground cork. At some point it would be possible to tell the wine’s ageing since the longer the cork takes, the less it goes back to its original shape.

Corks are moisture-resistant, slow to deteriorate, provide waterproof seal and help in wine ageing. Moreover, you will come to realize that it is the high quality wines that have cork stoppers while the cheaper stoppers are used in lower-cost wines.

The cork has a cellular structure which makes it easy to compress when inserting into the bottle, after which it expands forming a very tight seal. Its ability to expand and contract also varies, making it appropriate for any diameter of the glass bottle’s neck.

Moreover, in comparison with aluminum screw caps and plastic stoppers, corks still remain and the most environmentally friendly stoppers.

On the other hand, the cork may be inconsistent in some cases due to unavoidable cracks, channels and natural flaws. A closure study in 2005 showed that about 45 percent of corks featured gas leakage in a pressure testing. This testing was done through the body of the cork and from both of its sides.

Although you can recycle the synthetic corks at home over and over again, the case of natural corks is different. You can only recycle or compost natural corks at very specific stores. In this case, a company would partner with a certain store so that they can accept and recycle their used corks into other items. A very large company that deals with such products is Recork in USA. The corks can either be reused in crafts or arts.

Login to add this listing to your favorite